Last year, the Celebration of Spring took place in sleet and cold. This year, the weather gods repented and provided a beautiful warm day full of sunshine and joy for the joint spring concert of BJC and BYV at the newly renovated St Michael’s and All Saints in Penge. As usual, the choirs had a varied program of songs over time and place. BJC sang “In Summer - Olaf’s song” from the film Frozen, from 2013. They also performed a song by Swedish national poet Bellman (1740-1795), “Come, Dearest Brothers”, translated and accompanied by choir parent Martin Trojer. Two members of BYV performed an American Shaker song from the 19th century, “Simple Gifts” by Aaron Copland, as a solo song with flute accompaniment, and BYV sang several songs from the Beckenham local Carey Blyton’s Sweeney Todd, written in 1977.

What a glorious way to conclude the spring term and prepare for the Easter holidays! Both Choirs return to sing after Easter on April 24th.

Ali has uploaded several videos on our BJC facebook account, pop over and have a look. There are also some of her photos at the bottom of this post.

Here’s a message from John:

Saturday’s concert was a classic example of our local, “everyone was involved” sort of event. Beckenham Junior Choir was highly committed and learnt how important it is to watch the conductor, while Beckenham Youth Voices went from one style of song to another without batting an eyelid: country and western to church anthem to Irish ballads. We had a good variety of solos and also a large quantity of pianists, as well as people on violin, ’cello, oboe and flute. There was almost 100% attendance from both Choirs. It was good, as ever, to have a group of adults joining in two items, which improved the four part harmony! It was great to have a large audience and thanks to everyone for their support. Thank you too to the many individuals who did their bit to make behind the scenes, to let the event flow along so easily.

St. Michael’s Church in Beckenham is a lovely building, light and spacious and a pleasure for performing music and we were made very welcome by the clergy.

Photos below courtesy of Ali Holder. 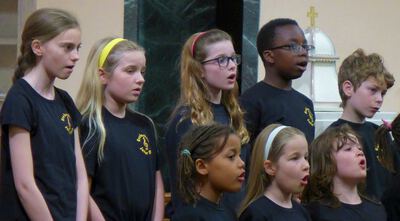 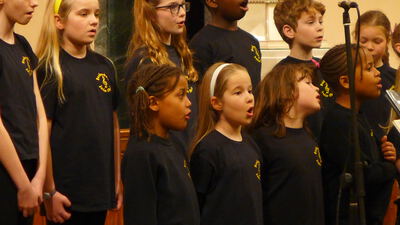 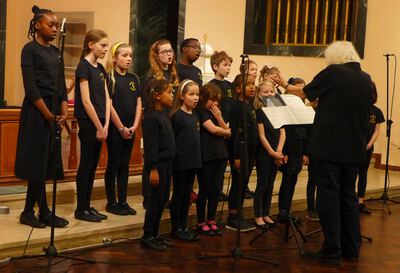 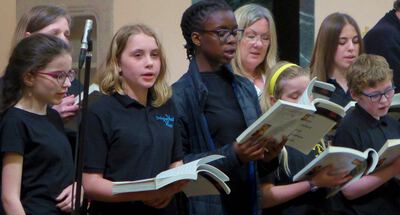 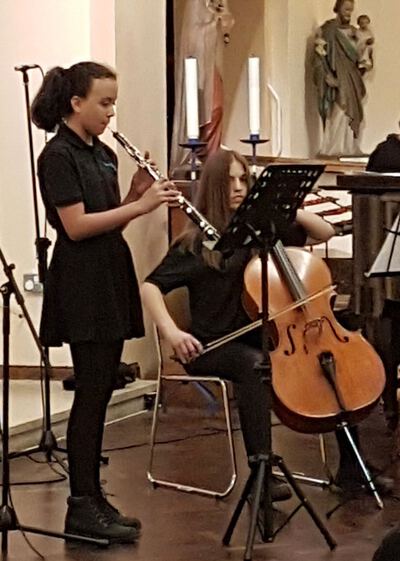